In case you weren’t fully aware, the Kardashian clan has taken New York Fashion Week by storm, so if you’re dying to know what all went down during Yeezy season 4, we’ve gotchya covered.
Because a successful Yeezy show wouldn’t be complete without a Kardashian takeover, right?

It was a great summer day in Roosevelt’s Four Freedoms Park in NYC for a fashion show… a YEEZY fashion show, that is. Hundreds of models gathered for the grand production in nude-colored attire, but among the many unfamiliar faces strutted in Kim Kardashian and Kendall and Kylie Jenner, who, in true Kardashian fashion, managed to completely steal the show.

The trio flaunted their Kanye West-inspired wardrobe, when Kim supported her hubby sporting a mesh body-hugging dress covering a nude leotard and thigh-high boots, Kendall took the laid-back sporty route, wearing a sports bra with a matching, jacket and track pants, and ankle booties and Kylie showed off her figure in a crop top and high-waisted shorts combo with a serious side of under boob.

The sisters showed off all angles of their ensembles via Snapchat and Instagram, giving us major fashion envy, however, the highly anticipated Season 4 fashion show wasn’t exactly all glitz and glamour… a few minor mishaps occurred onstage during the show, including broken heels by a few models, one being Tyga’s former flame, Amina Blue, who struggled to make it down the runway until she was seen taking off her heels halfway through her walk.

Another model attempted to walk the entire runways despite her broken heel, which resulted in her ankles practically almost snapping after a tough fight…

But it was King Kylie to the rescue, as many fans watching the live stream tweeted about the mishap, one writing, “something is wrong,” to which Kylie came to the model’s defense, writing back QUOTE, “@riseupkordei nothing? I’m so proud of her. She didn’t want to disappoint and she fuckin pulled through and tried her best. She’s awesome,” and in another tweet, Kylie resoponded, “Her heel broke. It’s not her fault.”

And while a few models were hit with unfortunate shoe mishaps, many were hit with a bit of a heatwave. Some models took a second to sit down on the grass during the show in the 90-degree temperatures, and they were instructed to do so if the weather got to be too much.

Paper Magazine’s editorial director Michael Boardman recalls the event, saying QUOTE, “It was very hot. Some of the models had to stand there… they are real troopers. Some had to be given water, and I’m glad that they were.”

Despite the minor setbacks, he did reveal that the event as a whole was an incredible production, saying, “It’s a beautiful occasion. I’m a big Yeezy fan. The thing is, he’s an artist. So it’s kind of hard to approach it from a fashion perspective … You have to appreciate it as a happening and an experience.”

And I think by now, we’re all well aware that Kanye is all about the art, production and entire experience so I’d say it was yet another success, but we’ve got a lotta ground to cover so I want to know what you guys thought about Kim, Kendall and Kylie’s wardrobe and how about those wardrobe malfunctions? Get to talking right down here and then after that, don’t forget to click right here for a brand new Beauty Trippin involving sensory deprivation AKA floating… yeah, it’s a thing you gotta see to believe. Thanks for hangin with me here on Clevver News, I’m Erin Robinson and I’ll see ya later. 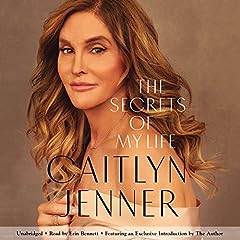 
The Secrets of My Life: A History 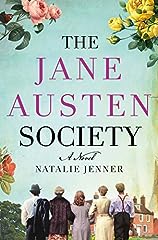 
The Jane Austen Society: A Novel 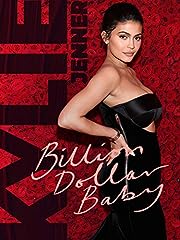 (1)
(as of October 18, 2020 - More infoProduct prices and availability are accurate as of the date/time indicated and are subject to change. Any price and availability information displayed on [relevant Amazon Site(s), as applicable] at the time of purchase will apply to the purchase of this product.) 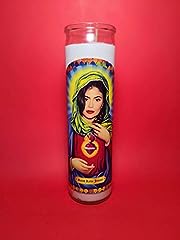 I honestly miss tyga and Kylie

I don’t understand why it is so difficult for them to walk with broken heels… It is not that difficult….

We all came because of the yeezy shoes

someone please tell me why you guys hate Kanye West and Kim Kardashian West and Kylie Jenner in the whole Kardashian family what did they do to you?? yeah they made a mistake Kanye made mistake with the shoes so what there’s no reason to hate on him. he clearly did something right since he’s famous and people do love him and you can’t even say anything because who are you no one knows you are you famous? no.

HEY GUYS CHECK OUT THIS SONG TITLED “KYLIE JENNER” !! YOU ARE REALLY GOING TO LIKE IT AND DANCE ON IT !!! SUPPORT US FOR A CHANCE THIS SONG REACHES OUT TO KYLIE HERSELF !!! ENJOY THE SONG <3 https://www.youtube.com/watch?v=ok1lMHHT9hE

shitty clothes shitty shoes and so unprofessional. I know he doing whatever he can cause they r broke but y not put out cute/cool things

What a soul sucking society

If you don’t fall it’s not a fashion show!

Kanye can make clothes with poop and some people will still excuse him by saying “he’s an artist”, no, he’s just not.

If l. Here this niggers made up shit names again,” I’m gonna scream,people of all color,fucken really?

this wasn’t even a big deal like they had to make a video about this, its just so stupid tbh

2 models fainted- wtf that was a shit show

Wicked Witch Of The West

Why do u guys care worry about your self

Most of the outfits, especially the ones that “stole the show”, look truly awful

90+ degree weather…Coats and thigh high boots?  Outside?  really?  Couldn’t Kanye borrow some money from Kim to rent an a/c hall.

I’d describe Kanye style as post apocalyptic at times but love how as an artist he understands that he’s subjective to change and growth like everyone else so external matters don’t ruffle his feathers any. guess we have some things in common.

kanye west is a chipmunk lookin ass douche bag, kim is an old washed up whore & kylie is a lil hoe in training.